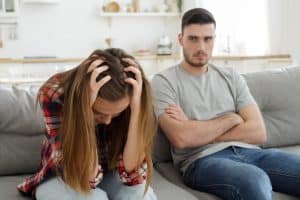 A recent post on Reddit sparked a much-needed conversation about red flags in relationships. A user explained the situation she was currently in and asked if she was in the wrong: she agreed to watch her three-year-old niece for a week and a half as a favor while her sister recovered from surgery.

As she and her husband do not have and do not want any children, her husband thought this offer was completely unacceptable. One of his points was that this may cause his wife to change her mind about not wanting children, and he “won’t put up with that.” The writer of the post said he went so far as threatening divorce if she even suggested having kids after this.

Despite the argument, the user ended up taking in her niece anyway since, after all, it was just a temporary favor. She stated that her husband rarely interacted with the little girl and was said to be quite cold to her when he did. When he was questioned about it, he said that his wife should have never brought a child into their home.

There were a few commenters who said she was in the wrong for agreeing to take her niece despite her husband’s wishes. However, the vast majority of commenters mentioned that this was quite a drastic reaction for merely doing something to help out family for a few days. Some even suspected that his behavior was not really because of the child at all.

What are red flags and why do they matter?

A red flag in the context of relationships refers to a warning sign that something is not right. Whether it is how your partner reacts, things they say, or something they do, a red flag can often lead to unhealthy—and sometimes even abusive—relationships.

In the Reddit story above, the writer’s husband refusing to help out a family member, and then threatening divorce if she merely brings up the idea of having children, can definitely be seen as a red flag. It did not sound like the woman who wrote this had any intention of changing her mind about not having children, but her husband’s harsh reaction to her explanation of simply wanting to help her sister out is startling.

It is also understandable that not everyone wants children of their own, but most would still interact with them when they are around. The way that he acted so cold-hearted towards the toddler shows some type of lack of empathy, which is concerning.

Whether you are just a few dates in or are already married to your partner, you should be aware of the most common relationship red flags. Knowing what they are could help you be more cautious about moving forward with the relationship or let you know that it is time to run.

Sometimes warning signs are not so clear. With others, it is immediately apparent that something is not quite right. Get to know some of the most common red flags so you know where your relationship may be headed, so you can make the right decisions about moving forward.

Physical abuse is arguably the most obvious red flag in a relationship, but both men and women often shake it off. If it happens just once, they may believe it was an accident. And if it happens twice, they may believe it will never happen again. If you are physically hurt by your partner even one time, it is safer to leave that relationship before it develops any further. An attorney can help with a domestic violence order of protection.

2.     They make you feel like everything is your fault

3.     They get unnecessarily jealous over everything

A little jealousy happens to everyone and is not a bad thing. However, things can be dangerous when jealousy turns into possessiveness. Needing to be with you at all times, not allowing you to spend time with friends, or getting angry at you for talking to someone else are all examples of jealousy reaching the next level.

4.     They make everything about themselves

Narcissists are so self-absorbed that they will always prioritize themselves and ignore the needs of everyone else around them. Sometimes they also lack empathy and will never feel compassion or sympathy for others.

Arguments happen even in perfectly healthy relationships. However, seeing your partner angry should never frighten you to the point that you do not know what is going to happen next. If they do, your partner likely struggles with anger issues and could take them out on you, which could lead to both physical and emotional violence down the line.

Respecting boundaries is extremely important in a relationship. “No” is the golden word and it should be respected no matter what, even if it is about something silly like asking them to stop tickling you if you are uncomfortable. Having a partner that does not respect your boundaries is a huge, waving red flag.

If you see red flags and are ready to end your marriage or have experienced domestic violence, then you need the experience of a family law attorney on your side. The compassionate team at Epperson Law Group, PLLC, fights to protect divorcees or domestic violence victims, no matter their age or gender. Call our office at 704-321-0031, or complete our contact form to schedule an appointment today. You can schedule an appointment at any of our offices in Charlotte, Weddington, Concord, or Boone.

Epperson Law Group, PLLC, is guided by a commitment to helping clients achieve favorable results in an efficient manner. Our Charlotte divorce and family law attorneys work with clients every day who face a range of divorce, custody, and other family law issues.  We are equipped to help you appropriately resolve some of the most important legal matters you will ever need to address. We invite you to learn more about our team.