Grandparents often take an active part in the lives of their grandchildren. Many may even act as the primary caretaker of their grandchildren, stepping into the role of a parent when the child’s parent is unwilling or unable to do so. However, when pursuing custody or visitation, some grandparents face resistance, and the law doesn’t formally or automatically grant these rights.

Grandparents can pursue visitation or custody rights if there is already a custody case pending. The Charlotte attorneys at Epperson Law Group, PLLC can assist grandparents in child custody and visitation matters and disputes. Let us help you maintain your family bonds with your grandchild.

Who qualifies as a grandparent in Charlotte when it comes to custody and visitation?

We understand that family isn’t just defined by blood, but North Carolina does have formal laws that specify who is legally a grandparent. “Grandparents” are a child’s biological grandparents or, if the child is adopted, the child’s adoptive grandparents. Note that these laws don’t provide legal standing for step-grandparents after the death or divorce of the child’s stepparent. 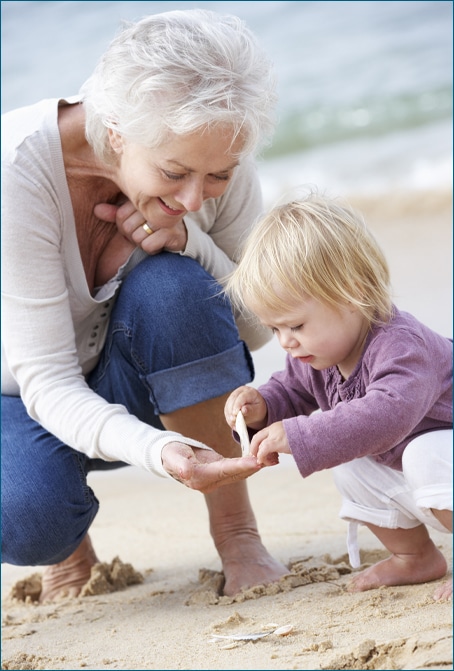 What are my rights as a grandparent?

Here in North Carolina, there are certain situations where grandparents may seek visitation rights under state law. For example, grandparents can request visitation with a grandchild in connection with an existing child custody action, when the grandchild’s family has been disrupted and is no longer intact. (It’s important to note that a single-parent household doesn’t necessarily mean a family unit isn’t intact.)

Grandparents may intervene in an existing child custody action if circumstances allow, and the court will determine whether visitation is in the child’s best interests and, if so, add it to the custody order.

Can grandparents get visitation or custody rights in Charlotte?

It is possible for grandparents to get visitation and even custody rights to their grandchildren, but the laws are complicated. The family law attorneys at Epperson Law Group, PLLC can thoroughly explain your rights. Generally, however, grandparents can petition the court for visitation during an ongoing custody case. As we discussed earlier, the courts work in the best interests of the children, so they make their decision based on factors like the:

Courts typically don’t award custody to grandparents unless it determines that the parents have acted inconsistently with their protected status as parents. Epperson Law Group, PLLC has represented grandparents who sought custody of their grandchildren because the children’s parents were abusive, or were struggling with drug or alcohol addiction. Our attorneys can talk to you more about your specific situation.

How do I file for visitation to see my grandchild?

The most important thing to remember is that grandparents can’t open up a new court case to file for visitation rights. They also can’t file for visitation or custody rights if the grandchild’s parents are married to each other, the family is intact or if the court has already issued a final divorce and child custody order. In all of these cases, the parents have the legal right to raise their children as they see fit, including who they do and don’t have contact with.

There are three situations, however, where grandparents may be able to file for visitation:

Can I adopt my grandchild?

If a grandparent anticipates that their grandchild will be in their care long term, they may wish to file for adoption. In these cases, the child’s parents must first terminate their parental rights. Our Charlotte adoption attorneys can work with you to file a petition and fill out the necessary paperwork. In many grandparent adoptions there’s no need for a pre-placement assessment (sometimes called a home study), but there’s typically a post-placement assessment by the court to finalize the adoption. You can find out more about adoption from Mecklenburg County Social Services, located on Billingsley Road in Charlotte. 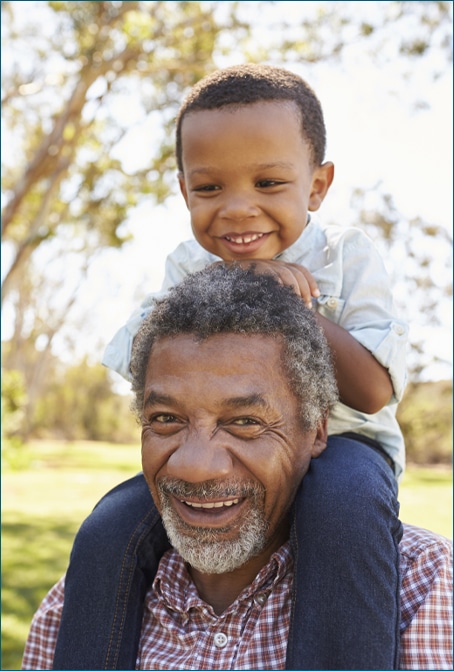 What if I feel my grandchild is in immediate danger?

We understand that visitation and custody actions can take months. But what if you need help sooner? If you suspect your grandchild is being physically harmed or in danger, you should first and immediately go to local law enforcement and Child Protective Services. This will remove your grandchild from any direct threat and also document any abuse that can later be used in court to protect your grandchild.

All legal standards involving children are decided in the “best interests of the child.” Any type of family law matter can get complicated and emotionally challenging – but our attorneys can help guide you through the process.

Grandparents are an important part of their grandchildren’s lives. We can help you when you want to ensure it stays that way. The family law attorneys at Epperson Law Group, PLLC have decades of experience protecting the rights of families across the state. You’ll find our offices right off Exit 57 from I-485. To reserve a consultation with one of our lawyers in Charlotte, Boone, or Weddington, please call 704-321-0031 or fill out our contact form.