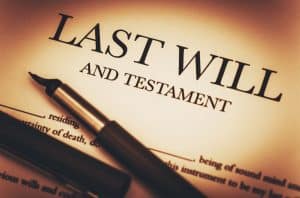 When a person dies, their last wishes are observed by distributing their assets exactly as the deceased wanted as declared in their will. For example, if a husband passes, his will typically states that he wishes to leave his assets to his wife and children; but it can get complex. For example, say the husband and wife separate. If he dies before they officially divorce, then his wife is still entitled to some of his estate. She can even still be entitled to it if he updated his will to remove her before passing away.

Or, if the couple is still happily married at the time of his death, but the husband wishes to leave his entire estate to his children, the state still requires the wife to receive something, even though he does not wish for that in his will. While disinheriting your spouse, or removing your spouse’s rights to your estate, seems like it would be a relatively simple process, it unfortunately is not—especially in Charlotte.

Spouse’s rights to estates in Charlotte

There is a statute in the state of North Carolina that entitles a spouse to a portion of a deceased spouse’s assets. The amount your spouse is entitled to is determined by the length of your marriage.

Unfortunately, the only way you can successfully disinherit your current spouse is if your divorce is finalized before you pass. Post-divorce, there are only two ways your ex-spouse can still receive something: if a new will was drafted after the divorce was finalized and still stated leaving them some of your estate or if your current will mentions that you would still like to leave assets to an ex-spouse.

As mentioned above, until a divorce is finalized, a current spouse is always entitled to inheriting something from the deceased spouse’s estate. In Charlotte, if the deceased spouse attempted to disinherit the surviving spouse through their will, the surviving spouse is able to seek an elective share  – a percentage of the estate – no later than six months after the court authorizes collection and distribution of the deceased’s estate. Under North Carolina’s law, the shares break down like this:

However, if there are children involved, it is a little different. Our attorneys can explain in more detail during your consultation.

Can a premarital or postmarital agreement prevent your spouse from inheriting?

The only way you can ensure your spouse won’t inherit is by getting him or her to agree to it. Before getting married, have a lawyer draft a premarital (or prenuptial) agreement. Signing a prenup that states you do not wish to leave your spouse any part of your estate if you were to pass alleviates you from this North Carolina statute. A prenuptial agreement will list all the assets both soon-to-be spouses have and how you will share property during your marriage. It also will state, that in the event of a divorce or death, how those assets will be divided.

A postnuptial agreement is essentially the same as a prenuptial agreement, but it is created and signed after a marriage instead of before. Signing a postnuptial agreement can also disinherit a spouse as long as both parties agree, but it is a little trickier. There are plenty of stories of people who did not know these were options, and their families were shocked to find out where the deceased’s estate was going. Grieving takes a toll on families as it is; throwing in legal issues at the same time only makes it more tragic.

Are wills and premarital agreements only for people with a lot of money?

Despite what you may think, wills, premarital, and postmarital agreements are not just for people who have a lot of money or valuable assets. Wills are important for any person to have, especially if you have a family or someone you want to ensure obtains your estate after you pass away. It is possible that immediate family can obtain it without a will, but creating a will makes things significantly less complicated for everyone involved. Premarital agreements are very similar in that way. They simply lay out all the details so if you were to suddenly divorce or pass, your estate will go to the person or people that you wish—no matter how big or little it is.

To avoid causing such a complete—and possibly unpleasant—surprise to your loved ones after you pass away, it is important to make sure you keep your final wishes up to date. Consult with an experienced Charlotte premarital agreement lawyer who can help you come up with the perfect plan for your assets before you tie the knot. Also, make sure your will is always kept as up-to-date as possible. At Epperson Law Group, we can help you with all of this, every step of the way.

Do you need help creating a premarital agreement or updating your will? If so, you need the experience of a family law attorney on your side. The compassionate team at Epperson Law Group, PLLC, fights to protect the rights and assets of everyone, no matter their age or gender. Call our office at 704-321-0031, or complete our contact form to schedule an appointment today. You can schedule an appointment at any of our offices in Charlotte, Weddington, Concord, or Boone.