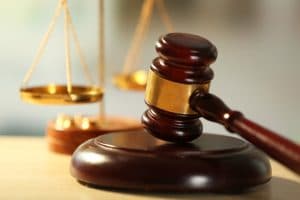 Epperson Law Group recently filed civil claims on behalf of Malomine Tehmeh-Sioh, the wife of Nyonsiela Sioh, against celebrity NeNe Leakes. The lawsuit alleges that Ms. Leakes wrongfully interfered with Ms. Tehmeh-Sioh’s marriage by engaging in an adulterous affair with Mr. Sioh, which ultimately resulted in the destruction of the marriage. The claims are recognized in North Carolina and may be the basis for civil damages against the offending party.

According to TMZ, Ms. Leakes (who was an original cast member of The Real Housewives of Atlanta Bravo TV series from 2008 – 2020) also posted numerous pictures of her relationship with Mr. Sioh on social media, thereby humiliating Mrs. Sioh and causing her mental anguish. Ms. Leakes recently filed her own claim against Bravo, NBCUniversal, Executive Producer Andy Cohen and production companies True Entertainment and Truly Original for allowing toxic workplace conditions to exist. According to EURweb, the romance between Ms. Leakes and Mr. Sioh began in 2021, three months after Gregg Leakes (Ms. Leakes’ late spouse) died from colon cancer.

North Carolina is one of seven states allowing spouses to file a claim for alienation of affection against the partner of the claimant’s spouse. North Carolina also permits spouses (and ex-spouses) the right to file a related claim for criminal conversation. The statute provides that:

The main requirements of an alienation of affection cause of action are:

This is one of the many reasons why, when asked, we advise clients that they should NOT date other persons until they are separated. If you begin dating someone new before you have legally separated, your new beau can be hit with an alienation of affection claim. For the same reasons, we advise clients not to engage in a romantic relationship with someone to whom they are no married.

How do you prove alienation of affection claims?

Some factors important to proving alienation of affection claims include:

Other factors affecting a claim:

What kind of compensation can you seek for alienation of affection in North Carolina?

There’s no precise formula for determining how much the claim is worth. Different factfinders may value the claim differently. Typically, monetary damages such as compensatory and punitive damages are sought.

What are the defenses to alienation of affection in North Carolina?

As we discussed, if the spouses had an open marriage, then the victimized spouse can’t claim his/her affections were alienated. Other defenses to the definition of alienation of affection include:

Criminal conversation and alienation of affection

“Criminal conversation,” which is a civil tort allowing you to sue when your spouse commits adultery, is a double misnomer. First, the offense is a civil wrong, not a criminal one. Second, the claimant needs to show proof of intercourse. Circumstantial proof of sexual intercourse is acceptable; video or recordings are not a requirement to proving the claim. For example, if the mistress delivers a baby and a DNA/paternity test shows that the child’s father is the claimant’s spouse, that may be proof of sexual intercourse.

Unlike an alienation of affection case, a defendant in a criminal conversation claim cannot raise the defense that they did know of the marriage, that the marriage was without love, or that the plaintiff consented to the sexual intercourse.

At Epperson Law Group, PLLC, our family law attorneys have the experience and resources you want on your side in any family law case. We understand the unique challenges involved with alienation of affection and criminal conversation complaints. Our lawyers understand what damages you can claim if a third party alienates your affection or engages in criminal conversation. To schedule a consultation at one of our offices in Charlotte, Boone, Concord, or Weddington, call us at 704-321-0031 or use our contact page to schedule a consultation.