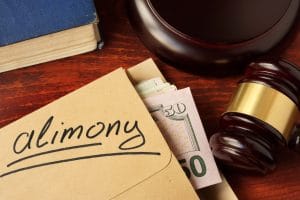 Deciding to get a divorce is not an easy choice to make. It can split up families, cause stress, and lead to financial losses. It is even more difficult to decide to get a divorce from an abusive spouse, even when that abuse is not physical. It can be hard to take your own emotional and mental health seriously when divorce is the only other option you have. You may not wish to separate your children from their parent, or perhaps you are financially dependent on your spouse.

These are difficult decisions, but do not let these factors keep you from seeking a safe and comfortable environment. In North Carolina, there are resources available for you when dealing with an abusive spouse, and Epperson Law Group LLC attorneys can help you get alimony from your partner so that you are not left without any income to support yourself and your children.

In an article published by Newsweek, a teenager took things into his own hands to get revenge on his pregnant sister’s husband for his emotional abuse of his wife. The original story comes from Reddit, where the brother explained how his sister’s husband has been making her do all the housework and child rearing while she is pregnant with his next child. Not only was she expected to keep up with the cooking, cleaning, and care of their child, but also tend to the husband’s needs as well, such as making sure dinner was on the table when he got home from work, getting his shower running when he demanded it, and doing his laundry as soon as he undressed after work. The spouse seemed to think his wife was more like his slave than his partner in wedded bliss.

Then one day, he began to complain about his wife’s cooking. Apparently she wasn’t getting it to the table as quickly as he wanted it, as she claimed she was exhausted from being heavily pregnant with his unborn child. This is when the wife’s brother (who had moved in with her some time before) decided to take action. He decided to serve dinner himself, only with a twist:

“Instead of using their kitchen utensils, I used my niece’s toy utensils like a toy cup, toy plate, toy fork and knife and a tiny napkin,” he explained. “I put the food on the toy plate and the drink in the toy cup.” When the brother-in-law sat down to eat, he was told “if he wanted to act like a helpless child, then he might as well get treated like one.”

While in some cases, it can be good to stand up to abusers, this act of rebellion may have ultimately done more harm than good. One commenter warned, “Abusive people like your brother-in-law often take these things out on people like your sister.”

The reality of non-violent abuse

When we think of domestic abuse, we probably think of violent abuse; however, emotional abuse can be equally damaging. According to the National Network to End Domestic Violence,

Emotional abuse occurs in some form in all abusive relationships. It is a very effective tactic used by abusive partners to obtain power and control and it can cause extreme damage to the victim’s self-esteem. Commonly, emotional abuse makes the victim feel like they are responsible for the abuse and to feel crazy, worthless and hopeless. It is so damaging that many survivors of domestic violence report that they would have rather “be hit” than endure the ongoing psychic damage of emotional abuse.

What the brother in the Newsweek story did not realize is that his actions, as justified and true as they might have been, only sparked another argument between his sister and her husband, and is likely to bring more emotional abuse her way.

Signs of emotional abuse include:

These are just a few signs that you are in an emotionally abusive relationship.

What kind of support can I get if I leave my abusive partner?

If you divorce your abusive partner, it may seem like an impossible task to continue on in the world with your children on your own. It is difficult to be on your own when you have been financially supported by someone else for so long. However, there are options.

In North Carolina, there are two categories of spousal support:

There are several factors that go into determining how much one spouse will have to pay the other if he or she is ordered to pay alimony, including:

As you can see, domestic abuse plays into how much alimony is awarded to the receiving spouse, so it is important that you bring this up to your Charlotte alimony attorney.

Are there domestic abuse resources available in North Carolina?

If you are in an emotionally abusive relationship, there are resources available that might help you. North Carolina has many different emergency, family, and women’s shelters, even some right in Charlotte.

Perhaps you wish to try and sort out your marriage, which is a perfectly reasonable and fine thing to do. There are couples counseling therapists available who might be able to help you through this rough patch, and perhaps come out the other side in a much happier and healthier marriage.

Remember, you are not alone in this. There is help available.

If you need help getting a divorce, and ensuring alimony from your ex-spouse, there is help. The divorce and alimony attorneys at Epperson Law Group, PLLC are here for you. We are experts in family law and divorce, and we have secured assets and financial help for countless people who needed to get out of their unhealthy marriage. If you need help with your divorce, contact us at 704-321-0031 or fill out our contact form. We serve clients and families throughout Charlotte, Concord, Boone, and Weddington.