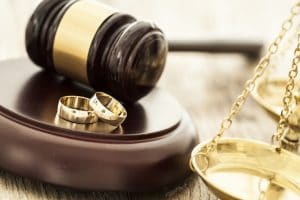 If you are wondering why we know this statistic, it is because – barring a change from the North Carolina House – a 14-year-old can be married to a man of literally any age at all in NC.

Child marriage is no small concern. The International Center for Research on Women (ICRW) reports that 95% of all child marriage applications involve one minor and one legal adult, and that the state has some of the highest rates of child marriage in the country. Per their data:

Further, the ICRW found that because of the limits in the data it could collect, “it was not possible for this study to determine how many of these marriage license applications were the result of forcible rape, child abuse, incest and other factors that are consistently found to be risk factors” in child marriages.

The State Senate finally had a chance to fix this antiquated law by making it illegal for children to marry, but amendments to the bill have weakened it. The bill as it is currently amended would still allow for 16 year old child brides, though their spouses could be no more than 4 years older than they are. the bill was unanimously adopted by the Senate.

Why are children getting married in the first place?

Some young girls may wish to get married to shield their partners from statutory rape laws; it is a felony for an adult to have sex with a child in North Carolina. Others may be coerced into marriage by sex traffickers or perpetrators of abuse. Some may be looking to flee a terrible home life.

Can you prevent an underage child from getting married?

It depends on the age of the child. No child under the age of 18 – whether male or female – can be married without consent from both sets of parents or guardians. However, if the guardian ad litem assigned to the case suggests that the marriage may be in the best interest of the couple, the judge may side with the couple.

In a 2001 letter, the office of the North Carolina Attorney General stated:

N.C.G.S. §51-2 provides that a person who is over 16 years of age and under 18 years of age may marry, and the register of deeds may issue him or her a license upon the filing of a written consent from the parent or guardian of the minor. (This written consent is not required for minors emancipated under Article 35 of Chapter 7B of the General Statutes.) N.C.G.S. §51-2A provides that a 14 or 15 year old female who is pregnant or has given birth or the 14 or 15 year old putative father of a child or an unborn child must obtain a court order from the district court in order to marry. Before the court can issue such an order, it must consider certain factors, all of which are related to the best interests of the 14/15 year old. The marriage of a 16/17 year old, even where a pregnancy is involved, is not subject to court approval. The requirements of these two statutes are therefore independent, and when a 14/15 year old is marrying a 16/17 year old, the register of deeds must require a court order from the 14/15 year old and the appropriate consent from the 16/17 year old.

That section in the middle about 14 and 15-year-olds is the “pregnancy” exception. It will be eliminated if the Senate bill passes in the House, because the new bill raises the minimum marrying age to 16.

Can you force an underage child to get a divorce?

No, you cannot force your child to get divorced – but there may be times where the marriage is voided. If a person under the age of 16 gets married without parental permission, the marriage can be declared void – but only if the girl it not pregnant or has not given birth to a child fathered by her husband. A parent may also bring a lawsuit to have a marriage annulled if the child lied about his or her age.

If you have questions about your divorce process, Epperson Law Group, PLLC can help. Please call 704-321-0031 or fill out our contact form. We maintain offices in Charlotte, Concord, Weddington, and Boone, and serve clients throughout North Carolina.