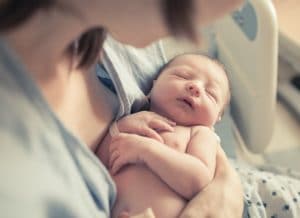 While times have changed over the decades and women do more than just give birth and raise children, finances can look a bit differently in marriages. There are now two breadwinners and when a woman is pregnant, she will have to take time off of work, which means there is one less income for the household even if it is for a short time. Recently, a self-described spiritually-married couple sparked debate online when the wife asked for $50,000 from her husband for her pregnancy and time off of work. You must keep in mind that they are not legally married, but have been spiritually married for two years.

The wife had thought about the topic thoroughly before bringing it to her husband. Now, he is not only questioning the proposal but also whether his wife is even pregnant. There are two viewpoints online as to whether he should or should not reimburse his wife. They are currently both financially independent and split all of the finances. The wife has estimated that she will need to take off close to a year of maternity leave. Her employer offers six months of pay at half of her salary and the other six months will be completely unpaid. She has estimated this will cause her to have a 50k cut in income for the year she will be out.

The wife has also asked for other expenses to be paid. The husband described her outline as a “16-page ring binder.” In the binder, she listed her expenses, as well as associated explanations and notes. She has also requested that they go to a lawyer and have an agreement set in place if they are going to be having children without a legal marriage. As a response to his wife’s request, he has taken some time to think and has turned to the internet. He has also now brought into question whether or not his wife is truly pregnant. He references that she had an abortion in the past without telling him, which he claims to respect while suspecting her current pregnancy.

The internet seems to be siding with the wife on the topic. Some argue that had this been in times of the past, this would have been considered supporting the family household financially. While it may not have been outlined in a binder, or expenses report, if the wife had not been working, the husband would have taken on this financial burden alone. In terms of the law, things may not be so simple, reminds our Charlotte property division attorney.

How does property division work in Charlotte?

If you are going through a divorce, there may have been various assets you acquired through the marriage as well as prior to getting married. Finances, especially the division of finances, is a contentious topic for every couple. While a divorce can initially be amicable, when asset division comes into play, animosity will soon be at the forefront. Some of the most common assets that couples acquire are homes, vehicles, vacation homes, jewelry, art, and others.

During the marriage, many items are placed in both names, or one spouse uses their name for a purchase that benefited the couple. This can often make property division complex. North Carolina has equitable distribution, which doesn’t always mean 50/50 in court. Instead, equitable means that property will be split in a way that is fair to each spouse.

While the couple in this article may sound out of the box, it may not be as foreign as some people might think. Our Charlotte property division attorneys work with various issues. A parenting plan can sound like the next step of a pregnancy plan. There are many different topics outlined in parenting plans, including:

While a parenting plan is not a new concept, a pregnancy plan is. As a couple, the only ones who can determine what is right for you and your relationship are, of course, the both of you. While a parenting plan is something that co-parents do, these topics are discussed for married couples as well. They may not necessarily be outlined and detailed, but they should be topics that are discussed and agreed upon by the couple.

Is a pregnancy plan a good idea?

While a parenting plan and asset division are good ideas regardless of how contentious or amicable a relationship is, a pregnancy plan is different. When a couple is legally married, it is assumed that when one spouse is unable to provide, the other one will. The saying “through good times and bad” is what the concept of marriage is built upon.

However, when it comes to an unmarried couple, things change. There is no legal outline or obligation for one person to be supportive of the other. This means that couples will need to figure things out on their own terms. Many divorces, separations, and breakups are attributed to finances and lack of support. A pregnancy plan may actually be a good idea, as this sets clear goals and expectations regarding child support and household expenses.

The legal implications of dividing property in North Carolina would be a contract between two people. If you want to explore this option, an attorney would be able to guide you and your partner on the best legal course to take. When it comes to any legal matter regarding family law, contact Epperson Law Group, PLLC at 704-321-0031, in the Boone, Charlotte, Concord, or Weddington areas to schedule a consultation with an experienced attorney today. You can also complete our contact form and someone will reach out to you in a timely manner.