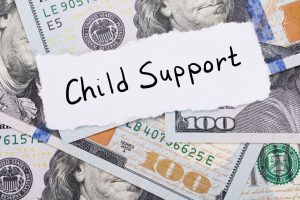 While infidelity can ruin a relationship in an instant, it can be an especially charged situation when a child is involved. One particular case that has recently gone viral is a woman who found her child’s father was cheating on her while she was in labor. The woman on TikTok describes how her boyfriend at the time had been with another woman.

The day a child is born is often the happiest day of a couple’s life, but what was once a happy day quickly turned into the worst. The woman describes how her boyfriend was sleeping and she grabbed his phone to check the time, so she could document her newborn’s feeding time. What she found instead was a text message from a woman asking her boyfriend to come cuddle with her. The woman confirmed that she did not stay with him and is now married to someone else.

The comments section, however, sparked debate. Many users were wishing the worst for the cheating boyfriend. One user even brought up the topic of child support and how he should get the least amount of visitation while paying the maximum after cheating. This has led to several people questioning how a Charlotte child support attorney will factor cheating into child support determination.

Before we can discuss child support, we must discuss child custody affairs. Typically, a divorcing couple who has a child will want to fight tooth and nail to keep the child within their grasp. Each parent has spent years with their child and now time must be split. This can lead to a tumultuous legal battle that often leaves the child caught in the middle. While both parents want what is best for their children, they can lose sight of that. This is why you will need an experienced attorney on your side, who can take the emotions out of the equation and truly look at what is best for you and the child.

Physical and legal custody must be decided; it must also be agreed upon by a judge. However amicable your split and parenting plan might be, the court will need to review the agreement and put it into action. If the topic is contested, the parents may not have much say in the end result. Instead, the court will determine what is best for the child.

When it comes to child support in North Carolina, both parents contribute to the child financially and emotionally. For a separated couple looking at child support, there are a few factors that will need to be considered:

While these factors are used for income less than $300,000, they are considered in nearly all cases. If you, however, have a higher income, you should consult with an attorney who focuses on high–asset cases. You must keep in mind that each case is unique and what may work for one couple does not necessarily work for another.

While the aforementioned factors are considered for child support, that is not how it is calculated. There are other factors to consider when calculating child support such as:

If the party that has been ordered to pay child support is not holding up their end of the bargain, legal action can be taken. There are several ways to enforce child support:

Whenever child support is involved, parents should not try to figure things out on their own. Instead, you should contact a Charlotte child support attorney to discuss your options. Even if the parents of the child were never married, the law requires that child support be paid. In these cases, paternity may need to be established first before moving forward with a case. Joint custody can also play a role in how child support is established.

It is difficult to find a child support case that is simple, as this topic is often contentious. When you are going through a difficult time, such as establishing child support and other family law issues, you will need an attorney that has what it takes to handle your unique circumstances. Epperson Law Group, PLLC has attorneys ready to talk to you about your case. Call our office at 704-321-0031 or complete our contact form to schedule a consultation today. We have offices in Charlotte, Boone, Weddington, and Concord.