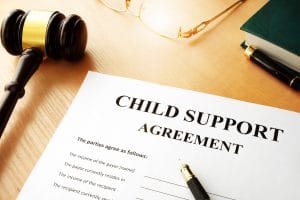 There are some parents who think the laws don’t apply to them. In child support cases, some parents need to learn the hard way (occasionally by spending time in jail) that their duty to provide for their children is a priority.

As we have explained, courts have a variety of options to ensure that a parent who is bound by a child support order either pays the order or faces serious consequences. Today, we wanted to explore the issue of enforcing child support orders.

How child support payments are made and enforced

Some of these options for enforcing a child support order include wage garnishments and intercepting tax refunds. Additional options may include placing a lien on a parent’s home or business. The failure to pay child support can also include:

Many times, just the threat of being held in contempt of court is enough to force the non-custodial to come up with the funds that are due. For some parents, a few days in jail sends the message that they better call everyone they know to pay the arrears – and they better start paying on a regular basis – on time.

Other logical and verifiable explanations may be considered.

If you are seeking to enforce a child support order or trying to avoid contempt of court for nonpayment, talk with an experienced Charlotte child support lawyer. The skilled family lawyers at Epperson Law Group, PLLC have helped numerous parents enforce and defend child support orders. To make an appointment in our Charlotte, Boone or Weddington office, please call 704-321-0031 or fill out our contact form.