We speak English, Spanish and French 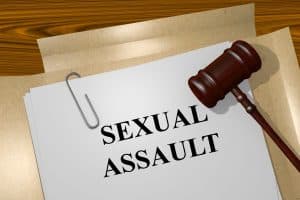 Being the victim of a sexual assault is already a traumatizing experience. However, what if a child was produced from the assault? If the abuser tries to pursue custody of their child with the victim, should the abuser be awarded custody? As horrendous as these questions are, they are a reality for millions of women who have experienced a rape-related pregnancy. One of those women is Crysta Abelseth, a woman who was recently ordered to share custody of her child with her rapist.

In 2005, Abelseth met her abuser, John Barnes, at the City of Hammond when she was 16 years old. Barnes, who was 30 years old at the time, offered to take Abelseth home after a night out with friends. Instead of taking her home, Abelseth recalls that he brought her to his house and raped her. Shortly after the sexual assault, Abelseth discovered that she was pregnant. She gave birth to a healthy baby girl and kept away from Barnes until 2011. It was around that time that Barnes learned of the girl’s existence and pursued custody of the child

Despite the fact that Barnes was 30 years old and an accused sexual predator, he was awarded 50/50 custody by the Louisiana courts. In July of 2015, Abelseth pressed criminal charges against Barnes. She filed a police report with the Tangipahoa Parish Sheriff’s Office detailing the incidents of her rape. Unfortunately, the police have not yet taken any action against Barnes. Some point out this could be due to the fact that the Ponchatoula Police are clients of Barnes’s web company.

The Centers for Disease Control and Prevention (CDC) reports that nearly three million women in the United States experience rape-related pregnancies during their lifetime. Women who become pregnant after a sexual assault have several difficult decisions to make. The woman may have to make a difficult decision regarding carrying the baby to term or exercising different options.

If the woman decides to carry the baby to term, the mother and child may be exposed to serious psychological trauma. Some victims can experience anger, anxiety, fear, complacency and depression. In Abelseth’s case, she allowed friends and family to believe that the pregnancy was from a boyfriend. Another type of psychological trauma that women pregnant from sexual assault can experience is the possibility of being in close proximity again with their abuser. When the rapist attempts to fight for custody of their child, it can cause the victim to relive their traumatic experience all over again.

Can a rapist really get custody of a child?

Unfortunately, many states do not have laws that prevent rapists from pursuing custody of their children. Fighting for custody of their children is another way for rapists to exercise power over their victims. The women who were sexually assaulted are forced to remain in constant communication with their abuser. Even worse, both the victim and the child may be at risk of being harmed.

Congress passed federal legislation in 2015 that can help in terminating the parental rights of rapists, in the form of the Justice for Victims of Trafficking Act. Title IV of the Act in particular establishes legislation that assists mothers of children conceived through rape with terminating the parental rights of their rapists. Any state that has a law allowing women to seek termination of parental rights to their rapists were rewarded additional STOP formula grant funding through the Violence Against Women Act.

State legislation of termination of parental rights to rapists

At Epperson Law Group, PLLC, we empathize with the challenges and heartaches that you are going through. Our family law attorneys go above and beyond to advocate for you and your children. Let us put our decades of experience to work for you and help protect your family. Call our firm at 704-321-0031, or fill out our contact form. We represent families in Charlotte, Weddington, Concord, and Boone.

Epperson Law Group, PLLC, is guided by a commitment to helping clients achieve favorable results in an efficient manner. Our Charlotte divorce and family law attorneys work with clients every day who face a range of divorce, custody, and other family law issues.  We are equipped to help you appropriately resolve some of the most important legal matters you will ever need to address. We invite you to learn more about our team.